If you're planning on bringing in a new television, entertainment system, computer or gaming console, would you risk destroying it as soon as you bought it? You may be doing just that, as electrical problems behind the walls could threaten all of your electronics in different ways. Take a look at what could go wrong and what an electrician can do to keep your new electronics safe.

Computers operate by saving and loading information in rapid succession. All of the calculations, results and requests are either saved permanently or brought from memory or some kind of storage. If power is lost during a calculation, your system may restart with "lost" information. This is because the computer was unable to save the latest information before the outage.

Losing power during a major save of the entire system or saving something that is critical to how the device works both pose threats to your system. The entire system can be corrupted, resulting in a smart TV (a TV with Internet and applications) failing to load, a desktop computer with a damaged operating system or a home theater with lost settings.

If the wiring in the building is loose near the outlet, the power plug could overheat. As a plug connects and disconnects, the sparks could heat up the cable and lead to a burnt or melting cable. In rare cases, the cable damage can move up to the device itself.

To avoid all of these problems, you'll need an electrician from a company like Cole Electric Inc to inspect the wiring for damage and perform the upgrades or replacements you need.

At the end, wires will be replaced with newer, more robust wiring that can support modern electrical loads. You still need to know what went wrong in order to avoid future problems, as not all electrical issues are simple wear and tear.

There may be a rodent problem leading to gnawed wiring, or structural problems that are grinding away at wire insulation. Some problems will require another contractor to make changes for your safety, even if the electrician tries to work around the problem.

Some problems may be out of your immediate reach, such as poor electrical supply coming from your local utility. In such cases, you'll still need an electrician to perform an inspection and give their opinion of the problem before confronting the power company. After all, you wouldn't want to complain to a power company, only to have the problem fixed without your knowledge and placed on your bill.

Anything can happen in the complexity of electronics and electrical wiring. Before you install that new computer or add a new TV, contact an electrical services professional to get the repairs and inspection results you need. 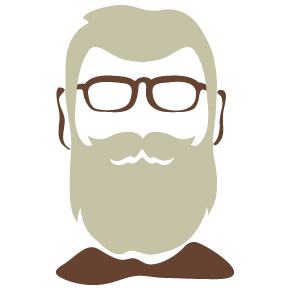 As my wife and I worked with contractors to build our dream home, we found that our budget was a little tighter than we had initially anticipated. Unfortunately, when it came to installing a driveway, the last thing we wanted to do was install a boring, gray version that clashed with our stunning antiqued tan home exterior. We thought about what to do, and our paving contractor suggested stamping and acid staining regular concrete. We were a little apprehensive at first, but after he showed us some samples, we fell in love. Our paving contractor created a luxurious driveway and garage floor for us that matched our home perfectly. Look through the articles on my blog to learn more about how paving can transform your concrete.